The thrills of ripping are one of the primary drugs behind our love of sports cards. When you buy an unopened pack, the mystery of the unknown and the possibility of a significant hit are addictive. But far more often than not, we hit nothing of note. Disappointment is the name of the game. But hot packs offer a possible alternative. Let’s dive into the guide to sports card hot packs and find out what the fuss is about.

What Is A Hot Pack?

Some sports card sellers claim they can take the suspense and mystery out of opening a pack. So instead, they sell “hot packs,” which include guaranteed hits. But can you trust these promises? Let’s dive into the issue and find out.

A pack where the seller guarantees the presence of a “hit.” The concept of a hit is usually interpreted loosely. However, the pack usually includes a relic or autograph card. However, different sellers will define the hit in varying manners.

There are three types of hot packs.

Each is a very different animal, so we will give them the attention they deserve and unpack them. Get it? 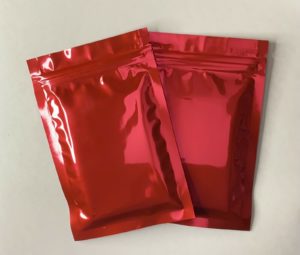 What is in these baseball hot packs? Look for more on eBay.

These packs are listed as containing guaranteed hits, despite coming from products where a pack may not include one. There is the most suspect version of the hot pack. They raise the obvious question: how does the seller know which pack is a hot one?

There are only two options. Either they are lying, and it is an outright scam. Or they have pack searched, opened and resealed it, or weighed the packs to determine the presence of hit. It can be problematic on several levels if the seller has done so.

Pack searching is not all that difficult to execute. Some people do it in crowded aisles in Target or Walmart. Therefore, it is not a challenge to pack, search or weigh packs in the comfort of your own home.

It may be worth the purchase if you buy from a seller who has verified that there is a hit in the pack without opening it. But remember that most products have more poor hits than strong ones. So, do not overpay. There is also another cause for concern. Card companies include decoy cardboard and redemption cards in their packs. The idea is to throw off the pack searchers. So a seller may give you a “hot pack” with nothing in it, even though they think it has a hit.

The most important thing to be concerned about in these cases is the other packs sold by the same seller. If they advertise some of their packs as hot, you can bet the others are as cold as ice. 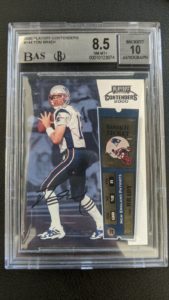 Don’t expect a massive hit from a repack. Look for Brady autos on eBay.

If you ask someone selling home-selected hot packs, they will probably tell you they use this method. However, if you want a complete guide to this issue, check out our article on case hits.

Most hobby boxes have a guaranteed number (sometimes just one) of hits. Meanwhile, most cases have one even bigger hit, “a case hit.” If you have opened all the other packs or boxes, you can know where the hits are. The process of elimination makes this simple.

When you ask a hot pack seller what method they use, they will probably tell you they use this process. That is because it is the one method that works to the buyers’ advantage.

However, I would not take their word for it. This is inefficient to find hot packs; I doubt most sellers would follow it. The claim is particularly suspect if the seller has a whole bunch of hot packs from the same product. The system is too problematic to provide a large volume of packs.

In some cases, a product may contain hits reliably in the same spot. The 2018 Bowman Draft release is a well-known example. Therefore, very knowledgeable sellers may be able to pick out the pack with the hit. But most products aren’t entirely that predictable.

In addition, the temptation to open a pack containing a box hit or case hit would be great. So, there is a good chance they opened it, which brings us to the next option.

The worst option is if the seller has opened and resealed the pack. If they are that unscrupulous, you can bet they will not be on the level with the hot pack they are selling to you. If there was a huge hit in there, you could bet they will keep it. In turn, they will likely provide you with a low-value “hit.”

Some sellers put together hot packs for sale from cards obtained elsewhere. In these cases, they are honest and open about the fact that they selected the included cards.

They will most likely include one massive card to draw buyers. That is the hook to get customers. Then, typically, every pack will have some hit. But most will get a dud.

If you buy these on eBay, you are playing with fire. The seller could lie and not include the big card in any of the packs. Unless you were somehow able to track down every buyer: you would be none the wiser. So, I would avoid eBay altogether. If you still want to take your chances, check the seller feedback carefully. Even a small sign of problems should be enough to dissuade you.

Therefore, the play is to buy hot packs from established sellers on social media. The chances are that the guys creating these packs will be transparent. After all, they have a lot to lose from a non-transparent system. I have seen Twitter and Facebook go after people who were not entirely on the level in their hot pack allocation. Sometimes, unfair allegations have been leveled at sellers doing their best. However, the process is essentially too transparent for too much manipulation.

But that doesn’t mean it is a good deal. That depends on how big the hit is and how many packs are sold.

The repacks available at pharmacies, or retail outlets are also a form of hot pack. They usually come with a big card advertised on the box but a warning that it “may not be included.” A popular example of the format is the Power Cube. 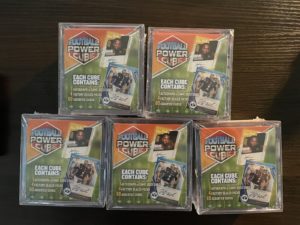 Power Cubes are among the most popular repacks. Get them on eBay.

These manufacturers are selling hot packs on a bigger scale, but the principle is the same. Due to the larger volume, you can quickly check what other people are pulling on social media. Power Cube packs are more popular than some of their competition because of the high volume of posts showing off big hits. For 20$, it’s a pretty good deal.

But some of the other commercially available hot packs are pretty poor. So, do your homework on social media before buying.

So, in theory, hot packs don’t seem like a great deal. But what happens in practice? I put some of the more popular hot packs on eBay to the test.

These packs cost $26.99 on eBay. The seller advertises them as:

“A mix of great modern cards.  Each card is placed in a penny sleeve and inserted into a team bag.  The team bag is sealed in a red foil wrapper and shipped in a bubble wrap mailer.”

I didn’t buy any myself, but I checked out the video of ripping them on the Jabs Family YouTube channel.

Here are the hits from the packs and their value:

These packs are fun and include a lot of rookies and nice-looking cards. Although I must say, it was fun watching a few of these get ripped. But as you can see, the biggest hit barely covered the price of the pack.

The packs in question will run you $24.99 on eBay. The seller writes that the packs contain:

2 Hits Per Pack Auto or Jersey. Card.
10 Cards Per Pack.
Serial # Cards Inserted Randomly.
Inserts, Serial #d, Prizm/Refractors, Rookies, and Sometimes base will make up the rest of the pack after the hits.
All Brands will be represented randomly, National Treasures, Spectra, Noir, Select, Opulence, Prizm, Optic, Contenders, etc.

The big chase in these packs is, at least according to Big Shot Productions, a Joe Burrow Kaboom!

I watched the ripping video on Fair’s Sports Cards channel:

As well as this video from Eagles Football Cards 69:

Each of these packs has two hits. So, I will list them both.

I should also note that these packs include some nice base rookies that add a few dollars to the value. So, they seem to be a reasonably good buy.

These are some of the most popular repacks on eBay. So, they must be doing something right, at least in terms of marketing. The packs go for $29.99. They guarantee the following in each:

I watched a rip on Packsislife:

These packs have four hits. This is what was in them:

Again, this pack’s mix of base cards was quite good. But the hits are genuinely terrible. No other way to put it.

A hit is technically any low-numbered card, relic, or auto. But, as we all know, that’s not how the cookie crumbles. Most players are not stars. Even amongst the good players, veteran autos or relics don’t hold the same value as rookie ones. Furthermore, many rookies are duds. Don’t even get me started on retired player hits.

So, let’s be honest. What we are really looking for are star rookie hits. With that in mind, always take a good look at the checklist of the product before investing in packs.

Like these baseball repacks? Check them out on eBay.

Are Hot Packs Worth It?

The short answer is no. There are numerous problems with the hot pack concept, and we will examine most of them in this article.

Our friends on the Blowout Forums are unanimous in their opposition to the concept. One particularly vocal opponent is the user HarryLime (real name Arthur), who warned:

“I was checking the feedback (98.9%) of someone that had some packs (normal packs, not hot packs) up for sale that I might be interested in and just felt dirty after going through it. Hundreds of positive feedback from people that bought hot packs.

Folks, there’s no such thing as hot packs. They are resealed packs. They will have the absolute worst possible option that the seller is touting. You will not get anything good. They are taking you for a ride. You are getting taken advantage of.

Don’t buy hot packs, and don’t buy ANY packs from anyone that sells hot packs. Those packs are almost certainly resealed as well.”

Some users said there are honest hot pack sellers. But, everyone agreed that they are not worth the risk.

Bottomline Of The Guide To Sports Card Hot Packs

Let’s get serious here. No one trying to make money will throw away bangers in a repack. It will be one card among many packs of trash if they do. Otherwise, it makes no financial sense. No one is in this hobby for charity purposes, after all.

The issue of hot packs is also a reminder of why buying single packs is so problematic. There are countless ways to manipulate the contents and make sure you don’t get a fair shot at a hit. Since this is one of the most easily used elements in the hobby, only buy hot packs from sources you truly trust. That means sellers with a good number of repeat happy customers and a relatively transparent method of operation.